United Biometrics: the startup with the solution to put an end to banking fraud

United Biometrics is a startup that has the potential to make waves in the cyber security world. Proposing the solution to put an end to banking fraud, their idea is relatively simple. They aim to secure payments and transfers through mobile biometrics and the end game is to become a major player in digital security across all sectors. OpenUp spoke to Christopher Richard and Yves Chemla, Co-Founders of United Biometrics, who told us a little about their brainchild…

In April 2014, nearly 10 years after the application for our first anonymous biometric security patent, we had a breakthrough big enough to allow the creation of our company, United Biometrics. Along with the explosion of all things digital in recent years, the occurrence of computer piracy has also increased, making digital security a crucial concern for companies storing large amounts of data virtually. This is where the United Biometrics authentication platform comes in. Our solution is based on the use of a mobile terminal – smartphone, tablet – a PC and/or a smart card whose holder is authenticated through a control carried out by means of biometric sensors embedded on such terminals.

And it is a fast growing market – TouchID sensors, for example, are already widespread thanks to Apple. Tractica, a market intelligence firm, predicts that the annual global biometrics hardware and software revenue will grow from $2.4 billion in 2016 to $15.1 billion by 2025. A key advantage of our solution is that the biometric data can be stored anonymously. With this process, if a hacker enters the database, they will not be able to attach the stolen biometric information to individuals. At United Biometrics, we have also ensured that our solution is compliant with the new European Directive PSD2 which requires at least 2 strong authentication factors and GDPR (General Data Protection Regulation) for protection of personal and private data. What’s more, we have succeeded in filing a patent covering all types of biometrics (for example: fingerprint, iris, voice recognition, finger veins or palm of the hand, as well as Behavioural revocable biometrics) at the European Patent Office and a second application is currently in the works at the US Patent & Trademark Office.

The startup is now over 3 years old and we have established our reputation in the cyber security domain, being in partnership with IBM Bluemix and Total. We were also among the winners of the 18th National Competition to support the creation of Innovative Technology Enterprises. And only last year, we were selected to take part in BNP Paribas’ International Hackathon.

For United Biometrics, the time has now come to seek funding (both public and private) and expand the company’s main d’oeuvre by taking on a dozen new employees in the next year– mainly engineers. The objective is to set up an operational platform as soon as possible and our strategy is to acquire a strong European presence very quickly and then to deploy our solution within the US and Asia. 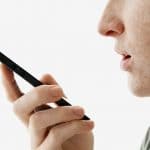